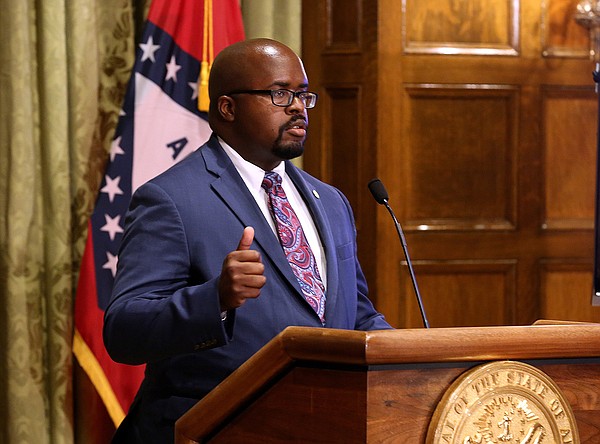 PARAGOULD — The Arkansas Board of Corrections on Thursday authorized the Department of Corrections to begin the process of selecting a site for construction of a new correctional facility, and suggested it might be time to examine the search for prisons with which the State could contract to combat overcrowding.

The Board of Correctional Services is creating three committees that will conduct studies on various topics surrounding prison expansion. The move came after Department of Corrections Secretary Solomon Graves told board members that the North Central Unit expansion and proposed new 1,000-bed correctional facility would not meet to future needs.

“It’s not about the long term if there’s no change in our population growth,” Graves said.

Graves said recent projects show that if the prison population continues to grow at 1.3% per year, the correctional system will need an increase of 2,200 beds by 2032.

Board Chairman Benny Magness proposed the creation of three committees: one that would explore the opening of a new supervisory sanctions center, another that would review contracted bed space to address the short-term capacity, and a third that would study site selection and design for a new 1,000-bed facility.

Graves told council he wanted the site selection process for the 1,000-bed correctional facility to run for 90 days to allow local elections to take place before a location is chosen.

“There may be changes to mayors, quorum courts and the like, and we want to make sure that community support when we open it this month stays in January and February,” he said. he declares. “It avoids a position where the quorum court approves in December, but when a new quorum court comes in, there’s no longer that support.”

A document obtained by the Arkansas Democrat-Gazette last week shows that the Department of Corrections will be soliciting expressions of interest from communities related to donating land.

“The land would be used for the construction of a maximum security facility housing approximately 1,000 inmates within the Division of Correction,” the document states.

The document states that the desired location would be 100 acres, not subject to flooding, near a hospital and adequate utilities, within 60 miles of an existing correctional facility, and located in a population center sufficient for recruiting and retaining staff.

Magness said officials should seek out two locations when reviewing possible sites to allow construction of a second new prison as soon as possible. He said he had recently heard rumors that lawmakers wanted to see three new prison facilities, but said he did not believe that was possible.

“It does not correspond to reality,” he said. “But I want a committee set up so that when we find a site after those 90 days, whichever was second can be set up as a place we can start on as soon as possible. “

The expansion of the prison has come up repeatedly over the past year, with several lawmakers calling on the General Assembly to use part of its recent $1.6 billion surplus to build another facility.

A group of sheriffs across the state told lawmakers during a legislative session in March that overcrowding had reached a crisis point in their jails. They cited the growing number of state prisoners housed in county facilities, which has led to increased violence and the trivialization of gangs in these facilities. The group also spoke about the need for higher reimbursement rates for county jails that hold state prisoners.

Citing a 10-year projection of prison population growth, Republican Gov. Asa Hutchinson said earlier this year he wanted to use the general revenue surplus to expand the Calico Rock North Central Unit by about 498 beds. Hutchinson said the proposed prison expansion was not a shift in criminal justice policy, but a way to deal with the state’s growing prison population.

Graves said a request for quotes is underway for a design professional for the North Central Unit project. Department of Corrections spokeswoman Cindy Murphy previously said the estimated completion date for Phase 1 of the expansion was in 2025.

The department is opening a seventh community correctional center next year in Batesville. It will house about 700 offenders a year who would have been incarcerated in county jails for 90-day terms. The estimated cost is $9 million. Murphy said $4.3 million will be spent in the current fiscal year, with the balance being spent in fiscal year 2024.

On the same day the Board of Corrections gave its approval to move forward with the site selection process, it also approved the use of the state’s 90-day Emergency Powers Act to certify that a list of 83 women were eligible for immediate release if approved by the parole board. The council also used a year-long Emergency Powers Act to approve an additional list of 81 men and 42 women detained for immediate release due to overcrowding.

Magness cited such numbers as the reason the Department of Corrections must again consider contracting beds to meet capacity.

“Because North Central hasn’t started yet and a new facility hasn’t started yet, I want this third committee to look at contracts for bed space somewhere,” he said. “We may have to do what we are doing now for several more years.”

Magness said there are currently just over 2,000 state inmates in county jails, and that number would need to reach a minimum of 3,000 before anything can be built.

“We’ve been through these contract situations before and it’s not pretty, but I think we need a third committee for bed contracts,” he said.

Magness suggested looking at local sheriffs’ offices before looking to contract jails in other states.

“That’s something we’re going to have to look at as a possible solution for bed space in the meantime,” he said. “It’s not long term like we envisioned when it was the 10 years in Bradley County. It could be something like two years.”

Magness said it’s time to tackle overcrowding in a way that goes beyond just fixing the problem, which could mean seeking contracts for bed space.

“I think the sheriff’s departments, or a lot of them, are putting so much pressure on us and lawmakers that we’re going to have to look at it,” he said.

Graves took a moment to outline the purpose of the prison system.

“We don’t want to be able to continue having this conversation,” he said. “We are in corrections, but as a state we need to do more than keep building prisons.”

Graves told high school students who were in attendance that the Department of Corrections’ priority was not incarceration but rehabilitation.

“When this administration started, we were seeing growth of 3% per year, and now it’s down to 1.3%. That’s progress,” he said. “We are a growing state, so all parts of our population will grow, including the correctional population. But we are and will remain committed at the staff level to implementing interventions for long-term growth.”

Graves said that by building new facilities, they can meet some of the prison system’s needs beyond just bed space.

“We can fit out this facility to reduce staffing requirements or fit out a facility to implement things like technology,” he said. “We can’t do this in places that go back to the Hoover administration.”

“It’s not where I want to be long term,” he said. “As a simple element of being a growing state, that’s where we are.”