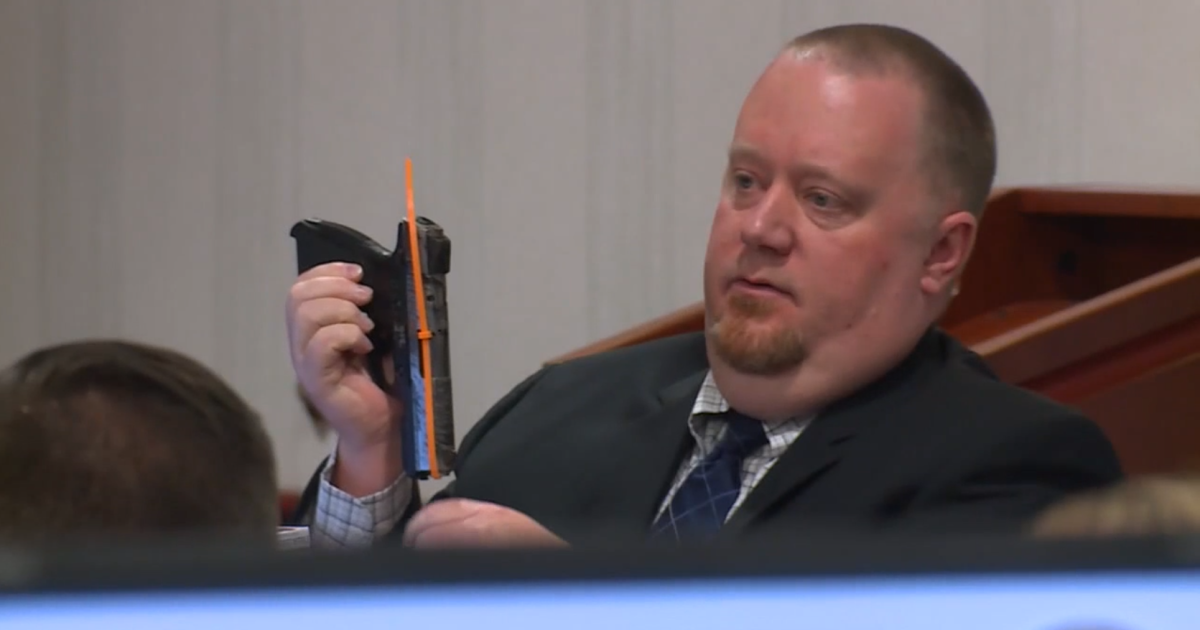 Bullet residue on Gurpreet Singh’s hand links him to murder

HAMILTON, Ohio — The trial for the quadruple murder of Gurpreet Singh saw forensic examiners, analysts and crime scene officers from the Ohio Bureau of Criminal Investigation explain evidence of blood, guns and footprints that prosecutors say connect the accused to the crime.

Thursday’s first testimony was from Hallie Dreyer, BCI’s lab supervisor in the agency’s DNA unit. In April 2019, Dreyer was a medical examiner who reviewed evidence after someone killed Shalinderjit Kaur; his parents Hakiakat Singh Pannag and Parmjit Kaur; and Parmjit’s sister, Amarjit Kaur, at Gurpreet Singh’s flat in West Chester.

Dreyer told jurors that the Ruger SR9 9mm pistol that authorities recovered from a pond near the crime had no discernible DNA. Blood taken from Gurpreet Singh’s clothes implicated a DNA mix, but the only definitive profile was that of Shalinderj, Dreyer said. During a new Y STR DNA test, to isolate potential DNA evidence from men, on the barrel of the gun, investigators found a DNA profile matching Hakiakat.

BCI firearms examiner Andrew McClelland told jurors he discovered that all of the shell casings and spent bullets removed from the crime scene and from the bodies of the victims during autopsies were from the same gun: the Ruger authorities found in the pond.

“All casings match the firearm submitted?” Charlie Rittgers, one of Singh’s attorneys, asked Schwesinger on the stand.

A third forensic specialist, Ted Manasian, examined the shoe prints and gunshot residue. He told jurors that bloody shoe prints found at the scene may have been made by Gurpreet Singh’s boots.

Donna Schwesinger, a gunshot residue specialist (GSR) for BCI, told jurors that Singh had the GSR on both hands. During cross-examination, she testified that it is possible that residue transferred from Singh’s hands to the hair of one of the victims.

“It could be that if there was a victim hit point-blank in the head, based on your knowledge of GSR, that victim’s hair would have GSR all over it, correct,” Rittgers asked Schwesinger on the stand.

“So if an individual grabbed a victim by the head or the hair, we would expect the individual to have a GSR on their hands, right?” asked Rittgers.

“And with secondary transference, if you touch your hands together, it can transfer from one hand to the other, right?” asked Rittgers.

BCI Special Agent Todd Fortner, who was assigned to the crime scene, testified that he found blood transfer stains on Singh’s boots and pants, which is consistent with the arguments. defense that Singh walked around the apartment checking, shaking and trying to give the victims water.

However, Fortner told jurors he found “blood spatter” on the left sleeve of the red shirt Singh wore that night. Singh’s defense argued that it could have been from something other than gunshots.