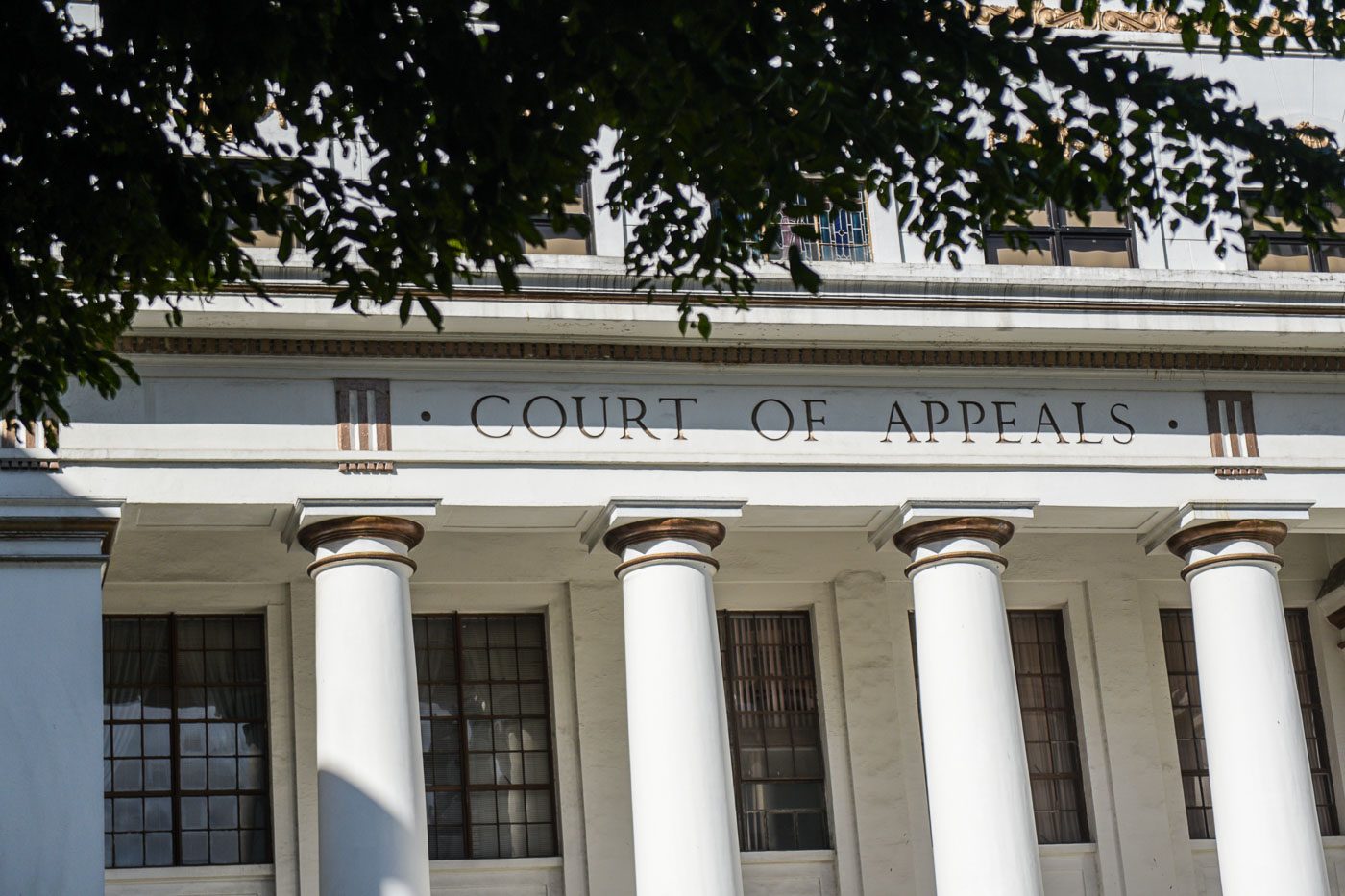 The Court of Appeal upheld the Manila court’s decision that the search warrant itself is valid, but ruled certain evidence gathered during the search inadmissible because it was not listed in the warrant.

MANILA, Philippines – The Court of Appeals (CA) ordered a Manila Regional Trial Court to exclude most of the prosecution evidence against 10 members of the Aegis Juris fraternity in connection with the Horace “Atio” Castillo III hazing case.

Written by Associate Judge Perpetua Susana Atal-Paño, the AC’s Eighth Division ruling said items seized by cops from the Aegis Juris Law Resource Center (AJLRC) in Sampaloc, Manila are considered inadmissible evidence. because they were not included in the list of elements indicated in the terms of reference.

“The Regional Trial Court Branch, National Capital Judicial Region, Manila City, where Criminal Case No. RML-18-01545-CR is currently pending, is accordingly ordered to drop and exclude all evidence obtained from the Aegis Juris Legal Resource Center that is not covered by Search Warrant No. 17-27746, including evidence derived therefrom, and to make any orders necessary to give effect to that order,” said the CA in a 74-page decision.

The evidence covered by the order includes the results of fingerprint examinations and DNA samples from various objects inside the AJLRC. The only admissible evidence is three paddles, a guitar case and two pairs of socks offered as exhibits during the bail hearings of said case.

“The exclusion extends to any evidence derived from inadmissible objects such as reports of fingerprint examinations of latent fingerprints taken from various objects in the AJLRC, and DNA examinations of buccal swabs, to the extent that such derivative evidence is ‘fruit of the poisonous tree,'” appeals court said. (READ: TIMELINE: Death of Horacio Castillo III following alleged hazing by Aegis Juris)

The CA decision reversed and reversed the December 27, 2018 and January 13, 2019 decisions of the Manila Regional Trial Court Branch 20 – but only because it did not order the removal and exclusion inadmissible evidence.

Because the police suspected the AJLRC was where Castillo had been hazed, they requested a search warrant. Thanks to the warrant, they were able to seize various items, including Castillo’s personal items reported by his parents as missing.

However, the CA noted that the ambiguity of the search warrant must be resolved in favor of the respondents.

“Because search warrants are derogations from a citizen’s natural and civil rights to privacy, they must necessarily be construed strictly against the state. In order to bring to life the constitutional guarantee to protect all persons, including the accused in this case, from unreasonable search and seizure, the ambiguity of SW #17-27746 must be resolved in their favor,” said the AC.

In 2017, 22-year-old Castillo died from alleged hazing injuries caused by members of the Aegis Juris Fraternity. The evidence showed that the fraternity members would have planned how to cover up the incident.

At least 17 people were initially slapped with murder complaints in connection with Castillo’s death.

The search warrant is valid

Despite the exclusion of some evidence, the CA upheld the Manila court’s decision that the search warrant itself was valid.

“Having said that, notwithstanding the caption on the SW (search warrant) request which indicated that this was the offense defined and punished by ‘Section 28’ of RA No. 8049, there is no never had any doubt that the search warrant requested by the PNP was for its investigation into the possibility that the crime of hazing, as defined and punished by Sections 1 and 4 of RA No. 8049, respectively, had been committed at the AJLRC,” the court said.

According to the CA, the evidence presented by the investigators as part of the warrant application was sufficient to establish that the crime was allegedly committed at the AJLRC and that some evidence of the alleged crime could be found in the area.

The respondents have previously claimed that the issuance of said warrant had no legal basis and was unreasonable as it failed to identify the exact address of the AJLRC. Fellowship members also said the request cited a non-existent section of Republic Act 8049 or Anti-Hazing Act.

The CA said these were “immaterial clerical errors”.

“It is intuitively unreasonable and unfair to consider that despite the clear body language of SW No. 17-27446, the error in its reference to the provisions of RA No. 8049 would invalidate the entire process,” the court said. .

Meanwhile, the CA also ruled that it did not find a serious abuse of power by the Manila court to reject bail request respondents in a decision dated December 10, 2019.

“The order dated December 10, 2019 is the product of a careful and thorough review of the evidence before it and the accused cannot justly complain that he was not heard,” the CA said. – Rappler.com