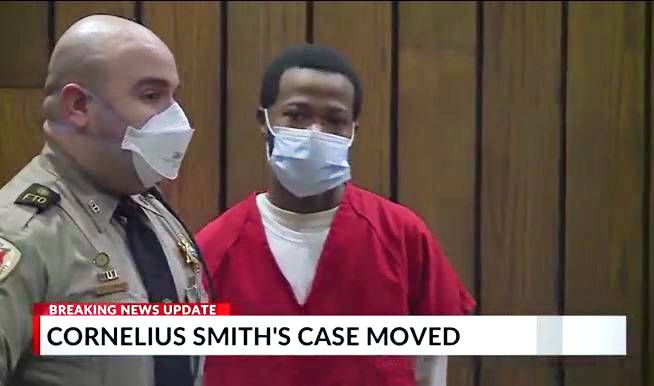 MEMPHIS, Tenn. – One of the suspects charged with the murder of Young Dolph, Cornelius Smith, appeared briefly in court Thursday morning.

He was extradited from DeSoto County Jail, where he was being held for auto theft involving the white Mercedes that was allegedly used as a getaway car during the shooting.

Three counts in the murder of Young Dolph

The case was transferred to Division 11, under the supervision of Judge Karen Massey.

The district attorney’s office said Smith is in court on a robbery charge, and his case has been moved to go with the murder charge for which he has yet to face trial.

No future court date has been announced.

READ: Everything we know about the death of Memphis rapper Young Dolph

Smith was indicted by a Shelby County grand jury earlier this week for murder and attempted murder.

His identity was made public almost the same time Indiana authorities arrested suspect Justin Johnson, aka Straight Drop, in the Young Dolph case. Johnson was arrested with a passenger in his car, Shundale Barnett, who is also charged as an accessory.