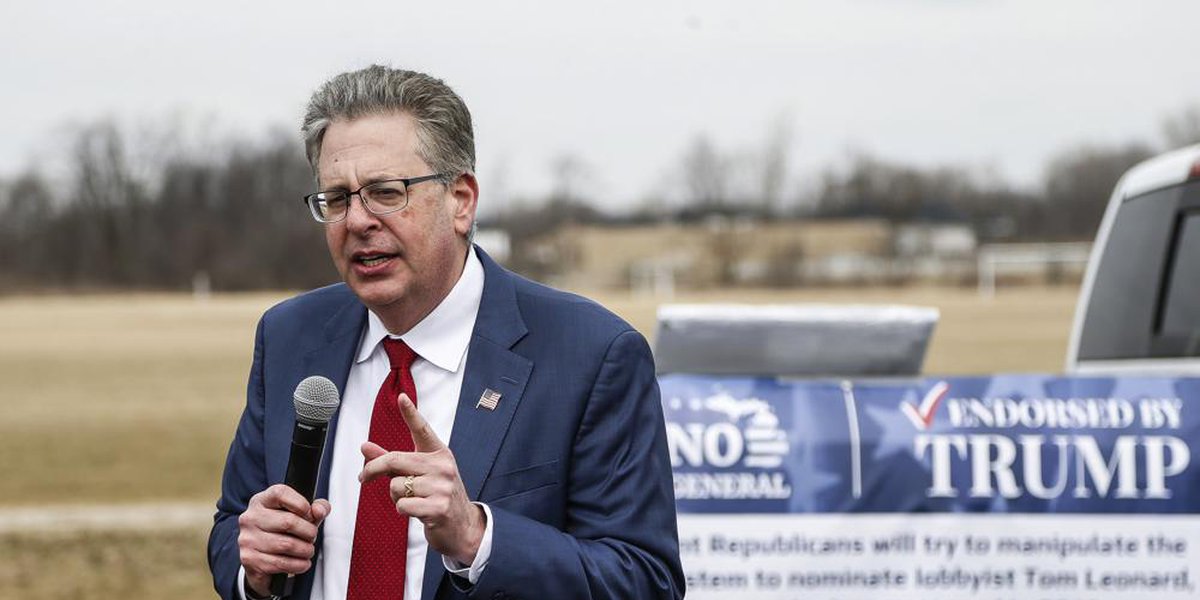 No decision on Michigan AG nominee until Nov. 8

LANSING, Mich. (AP) — A special prosecutor investigating whether the Republican nominee for Michigan attorney general and others should be charged with trying to gain access to voting machines said Friday that no decision would not be made before the elections on Tuesday.

Muskegon County District Attorney DJ Hilson said in a statement that his office met with state police to review the investigation and the facts of the case.

“Obtaining a full picture of the facts and circumstances of the investigation is critical before determining the next step in this process,” Hilson said. “Given the complexity of this investigation, the time it takes to obtain and assess certain evidence is beyond our control.”

Nessel’s office cited a potential conflict of interest due to the upcoming election. Hilson, a Democrat, was responsible for managing the case in early September.

Allegations made public in August named DePerno as one of the “primary instigators” of a plan to gain improper access to voting machines and use them to challenge the 2020 presidential outcome.

According to documents released by Nessel’s office, five vote tabulators were taken from Roscommon and Missaukee counties in northern Michigan and Barry County in western Michigan. Investigators found that other members of the group broke into the tabulators and performed “tests” on the equipment.

“It was determined during the investigation that DePerno was present in a hotel room during these ‘tests,'” a petition to the prosecutor’s office said.

Unlawful possession of a voting machine used in an election is a crime punishable by up to five years in prison.

DePerno, a Kalamazoo attorney, accused Nessel of “arming her office using your tax money to harass and persecute her political opponents.”

Subscribe to our News newsletter 10 and get the latest local news and weather straight to your email every morning.

The U.S. Supreme Court is more diverse than the lawyers arguing before it