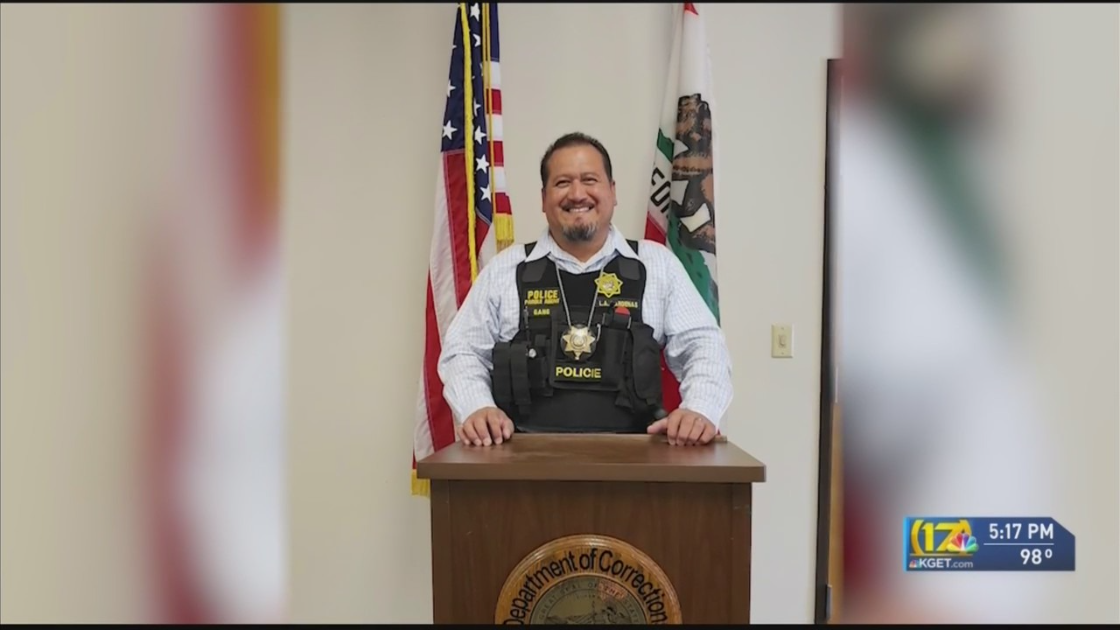 BAKERSFIELD, Calif. (KGET) – A local hero earns well-deserved recognition. Local parole officer Luis Cardenas never imagined he would need to stop an active shooter on a Monday afternoon in December. Cardenas was monitoring a parolee near the Walmart in Fashion Plaza in East Bakersfield.

“When I arrived I was waiting for the ankle monitor to give me an updated position so I could contact it,” Officer Cardenas said. “When I was standing on higher ground than Walmart, I heard two gunshots ring out.”

That’s when Cardenas jumped into his patrol car and walked over to the sound of gunfire in the parking lot.

“I informed the Bakersfield Police Dispatch that I was approaching the scene of a possible shooting,” Cardenas said.

It was then that he saw a man with a gun.

“I saw an individual holding a gun. I managed to get him to the ground, ”Cardenas said. “He was very docile. I recovered the weapon.

But it was not the shooter. Records indicate that the shooter, identified as Rodolfo Romo, 31, threw his gun to the ground after firing in the air. First responders say the weapon has malfunctioned.

(Luis Cardenas / Parole Officer, California Dept. of Corrections and Rehabilitation)
Luis Cardenas: “I was approached by people who told me that there was another individual inside who had rushed in and fired a gun.”

Cardenas ran into the store, as shoppers ran for their lives.

“I saw the person who matched the description. He finally put his hands up and he went to the ground, ”Cardenas said. “That’s when I came back to the radio and notified the dispatch ‘I had one on the ground at gunpoint. And I was going to hold my post, not knowing if there were any more in the store. ‘”

“No one was injured,” Cardenas said. “This is the best part.”

Cardenas will receive the Medal of Bravery from the California Department of Corrections. It is the highest honor of the organization. The awards ceremony will take place on Friday morning at 10 a.m. You can watch it here.

Weekend recap: Here are Arizona’s biggest stories from May 6-8